A Profile of Author and Professor Natalie Khazaal
By Celine Yarde 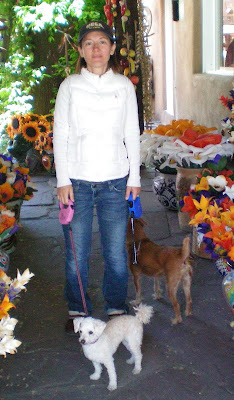 “By becoming vegan, I have consciously chosen to live a more peaceful life. I don’t pay anyone to kill for me.” -Dr. Natalie Khazaal

Dr. Natalie Khazaal’s vegan journey began when she was seventeen, during her first week of college. During her early life, she was surrounded by Eastern European cultural dishes that consisted of beans, legumes and vegetables. Along with this, her grandparents’ abundance of fruits and vegetables helped develop her “vegan tastebuds.” Khazaal recalls, “My grandma would go to the garden, pick up a big sweet pink tomato, a sweet Italian pepper, and some crisp cucumbers, and make a big salad that we’d devour in no time. My other grandma would pick up fresh blackberries and raspberries from the garden and serve them as dessert!” Growing up not having to worry about chemicals and shelf life, Khazaal was surprised at the kind of food that children in America loved to eat. She says, “So, after I moved to the U.S., I’ve always been surprised to hear from friends born there that their child memories were about chips, pizza, and soda. I had thought everybody had cravings for fruits and veggies like I did!” Khazaal reflects on the fact that her grandfather was vegetarian for a period of his life. He loved nature, never had a cavity, and his favorite dish was lentils.

Khazaal had “bunny hugging, vegetarian years” that began when she turned seventeen. She shares that it was a time where she became “the boss of me” and began to make her own decisions. From there, the decision that she would not eat another animal was clear. She met friends that also cared about nonhuman animals and spent time with them hiking in the mountains, sharing vegetarian recipes, and much more. Once she moved to the United States, she learned about veganism from a medical doctor. She participated in an Earth Day event in Woodley Park, Los Angeles as her first vegan-related event and made her first group of vegan friends from Vegan Toastmasters. When she was a Ph.D. student at UCLA, she learned about animal rights activism and wishes she’d known about it sooner. Why? “I realized that when I became vegetarian, I wasn’t yet ‘the boss of me,’ making my own decisions, because I discovered the whole truth about speciesism, carnism, and the animal industrial complex only years later with the support of ideas from a huge family of vegan activists, thinkers, ethicists, and friends, to whom I owe a debt of gratitude.”

In discussing Khazaal’s guiding principles for being vegan, she believes that nonhuman lives matter; veganism considers nonhuman lives, human lives, and the life of the planet vitally interrelated. She says, “I am vegan because I am convinced that an anti-carnist, anti-speciesist atheist ethic is the only egalitarian foundation for moral philosophy.” Religion isn’t a factor in Khazaal’s guiding principles for veganism. Focusing on moral issues regarding nonhuman lives, she does not think that religion provides fair, meaningful, or consistent guidance. She notes, “…it is a mixture of contradictory statements within speciesist frameworks that justify nonhuman exploitation and alleged inferiority. Neither can humanism as it is steeped in anthropocentrism, speciesism, and often carnism”

When asked about what she would tell others about the vegan choice and the ethics of her choice, Khazaal shares a story about her vegan friend whose family “fought” over who got to do all the chores to relieve the other family members of their efforts. She tells this story to encourage us to look at it on a larger scale. Khazaal highlights some of the shortcomings in our world regarding ethics. She states, “Imagine a world where the human species didn’t rank the life of the white police officer over the life of the black teenager, where words like ‘they killed him like a dog’ wouldn’t make any sense because even narcissists and psychopaths – those humans who don’t experience empathy like the rest of us – would ‘fight’ over who gets to rescue more orphaned, or hurt, or hungry nonhuman animals instead of eating them, over who gets to share more of their wealth with all those less fortunate instead of stealing from them. Instead of wars, there would be search parties for those who need our help – and that’s how we’d measure our ego – who has done more for others.”

Discussing the larger implications of veganism, Khazaal believes that everyone should find their own purpose in life, but also stresses how some purposes can oppress others and ourselves while other purposes can benefit nonhumans, the planet, and humans. To Khazaal, being vegan is important because it can save our planet. She says, “Being vegan is the single best thing one can do to save this planet and everyone on it. In fact, switching from a meat or carnist diet to a vegan or plant-based diet is the quickest way to achieve the most significant reduction in global warming.” She stresses how widespread veganism can lessen the possibilities of pandemics, which are usually caused by “animal-killing pathogens arising from those nonhumans who humans keep in large populations.” According to Khazaal, carnism is an ideology that shields cruel practices such as animal farming. To further enforce her beliefs and the importance of veganism, Khazaal mentions that we face extinction if we do not recognize the problems the carnist world has created and that veganism is the best solution.

When asked how she practices veganism in the larger world, research on vegan-related topics is one of the ways she contributes. On top of this, she presents her research at conferences and publishes it. She shares that doing this is a part of her job as an academic, but it also keeps her away from too much Netflix. Along with this, she has also started a vegan YouTube channel that is in Arabic called “GenV.” With social media making information regarding veganism, such as plant-based recipes, more accessible, Khazaal recognizes its importance. She relates, “I wasn’t directly influenced by social media in my decision to go vegan, but nowadays I get all my vegan recipes from a few vegan YouTube channels. In fact, I believe accessible user-friendly information about how to be vegan on a daily basis is so important to empower those who are woke.” She believes that on a larger scale of human populations, access to information about animal cruelty and vegan cuisine is “critical to making the informed choice to become vegan.” This is why she started her YouTube channel “GenV” with three of her Lebanese friends, to have resources about veganism in “this critical world language.” She encourages others to take their own leadership role and empower the people around them.

Arriving at some of her final points, Khazaal mentions that we all have the choice to live peacefully or commit violence. She says, “Almost everyone consciously wants to live peacefully, yet so many humans don’t stop to think about the violence caused by the animal killing industries.” She brings up the fact that industries also kill nonhuman animals for fur, leather, medical research, for entertainment and more. She reminds us that nonhuman animals face misery and terror and they should not be deemed as less important than the misery and terror that humans also experience. Khazaal views her choice to become vegan as her living peacefully and not paying anyone to kill for her. She emphasizes how becoming vegan can save hundreds of nonhuman lives a year, influence others to become vegan, reduce global warming and pandemics, and promote other important benefits. In her concluding statement, Khazaal hopes that individuals will continue to explore veganism and its importance for their own sake of and the sake of others.

Subscription Links (Third parties - Sorry, No comments on this site)

Comments
Literary Veganism is an online journal of writing by, for, and about vegans. Go to Latest Posts at Home or to the Contributors tab to find links to vegan writing published here. We've merited inclusion in the Poets & Writers magazine database, thanks to our contributors and readers. ISSN 2690-2621